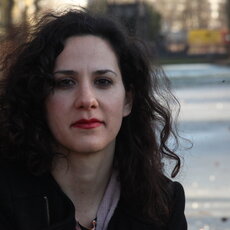 My mission as an artist is to teach people about Love and Freedom. Love for oneself and Freedom from fear.

I am coming from Greece, where I also studied and graduated as a lawyer. Exactly after this, I moved in Berlin with the dream to study dance, but life didn't want this for me. I ended up studying film direction in filmArche and now writing a musical comedy webseries about the world of dance and filmmaking.